Artisan Parkview is comprised of 14 lofts and row-style townhomes located in the heart of downtown Phoenix.

The name Eric Brown is synonymous with “let’s take Phoenix Urban.” Artisan Parkview Condominiums was his first entry into the downtown Phoenix condo-home market and it was a huge success that inspired him to create several other communities.

NOTE: The YouTube video is a virtual tour of Artisan Parkview condos.

Much of the Artisan Parkview’s success was the due diligence Eric Brown put forth before designing the project. A few years back we were at a talk Dan was giving. There we learned he traveled to a number of urban centers in cities such as Denver, Seattle, San Diego and Portland where he talked to builders and property owners. He wanted to find out what worked and what didn’t. With that information in hand he created his legacy… the Artisan developments in downtown Phoenix.

Artisan Parkview is a row house style development with 35 condo homes. There are a variety of styles and sizes.  Note:  I reviewed pictures of Artisan Parkview from several achieves to write this piece. They have been put together for a YouTube tour. What was most interesting was seeing how much this project influenced Brown’s design in his next project, Artisan Village. Let’s bullet point a few of the features at Artisan Parkview Condos:

If you would like more information, please email us at urbanconnection@thecanigliagroup.com or give us a call at 602-428-5687.

FYI: If there are no units for sale there will be none listed below. 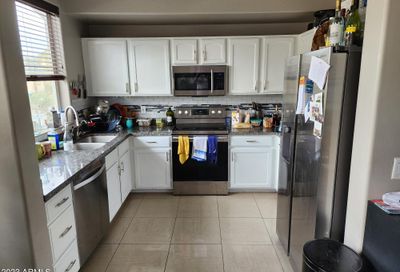