We have to travel back to 1893 to start our story about what is now the Roosevelt Historic District. In its day the neighborhood was home to the many of Arizona’s most prominent and powerful people. Senator Carl Hayden and Baron Goldwater (Barry’s dad) were among the many movers and shakers who have lived in the Roosevelt quarter. So, why did they choose this area?

In the late 1800’s downtown Phoenix was often ravaged by floods. It doesn’t take too many such events for people, who could afford it, to move to higher ground. Capitalizing on circumstances was Col. JT Simms.

Simms was a railroad engineer who came to Arizona to help build, among other things, the Arizona Canal. Simms platted an area between Central Ave & 3rd Ave and Moreland to Roosevelt calling it Simms Addition. 15 lots were sold in the first two years and sales/building continued until 1930.

Information from the Historic Preservation office tells us that many of the most elaborate homes faced Central Avenue. Obviously, they are not here today for us to enjoy like so many other beautiful homes and building we have lost over the years… Vanishing Phoenix is not a myth.

In addition to the over 100 fine homes found in the Roosevelt Historic District neighborhood are a number of apartment buildings. After WWI, demand from winter visitors and new residents were high. Developers met some of the demand by building multi-unit apartment buildings found near Roosevelt and 3rd Avenue. Many of these are still standing with some converted to sweet condo homes like those at Cathedral Townhomes, Bennett Place and one of our favorites… Fontenelle.

We consider the Roosevelt Historic District to be among the most interesting and wonderful in all of Phoenix. This is largely due to the fine example of large bungalow homes and the excellent mix of new and old found in the area.

In Roosevelt you will find a variety of period revival homes including:

In addition to the older homes, the neighborhood offers a rich lifestyle. It is a highly pedestrian area with easy access to Metro Light Rail at the Roosevelt Station and a walk score in the high 70’s.

The Goldspot Marketing Center, built in 1925 and found at 3rd Avenue and Roosevelt, was one of the first shopping centers in downtown Phoenix. In the early 2000’s it became an adaptive reuse project and is now home to Pita Jungle and Lola Coffee.

The Roosevelt Historic District offers an annual home tour where visitors can wander the neighborhood and take a peek inside several homes. It is fun time for the public to learn about the history of our City.

As you can tell, we really like the Roosevelt neighborhood. If you’d like to learn more about the area, give us a call at 602-234-5777 and we’d be happy to catch a cup of java and chat with you. Below you’ll also find an up-to-date list of homes for sale in the area. We’ve included some of the newer condos in the list as they are part of the texture of the neighborhood even if not historic.

Homes and Condos For Sale In Roosevelt Historic District Area. 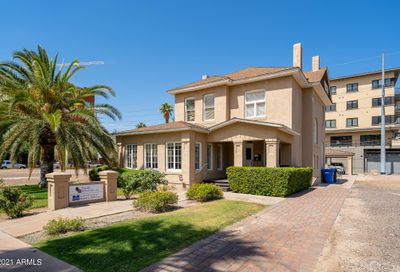 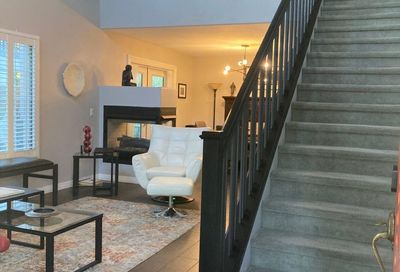